Ashley Black and the Fascia Blaster: My Thoughts on the War on Cellulite 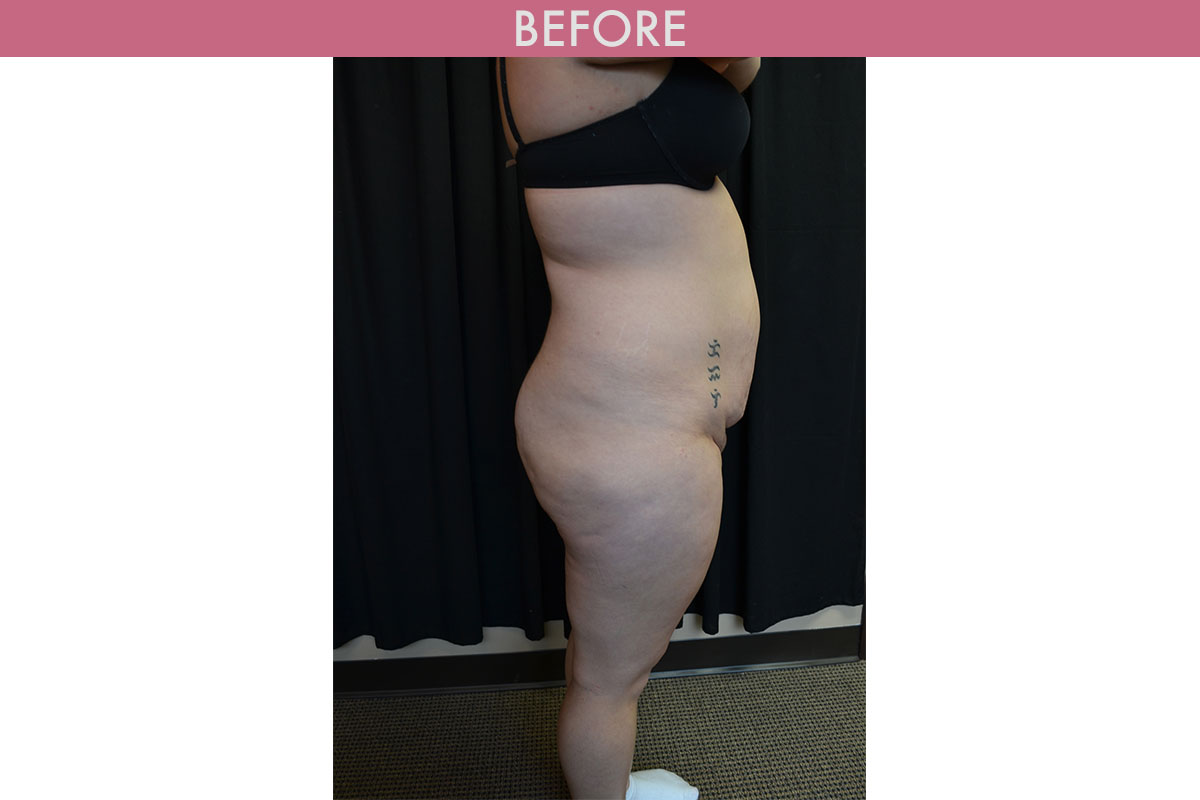 Every woman knows what the term cellulite refers to: the cottage cheese certain areas, including your thighs, have with dimpling or waviness. While it doesn’t seem to affect men, it is estimated that 85% of women over the age of 35 years of age have it. It is quite ubiquitous. It is also very genetically-based. I have seen women who run marathons, who are very trim, with cellulite. There are currently two FDA-approved treatments for cellulite: Cellfina and Cellulaze.

Cellulaze is made by Cynosure and was the first FDA- approved treatment for cellulite. It is done in the office under local (in my case, only under local with oral sedation) or general anesthesia. It involves infiltrating the area to be treated with local anesthetic with epinephrine. A fiberoptic laser fiber is inserted under the skin which is used to lyse (cut with the laser) the fascial bands which are pulling the skin inwards. The laser can be directed up into the skin,  to both melt fat to decrease the fullness in the skin rolls (fat in the dermis) and also to laser heat the underside of the skin. This laser of the underside of the skin has been proven to  stimulate collagen and elastic production. The decreased collagen and elastic fibers are thought to be the principle cause for the cellulite. It is a single treatment and the patients will continue to improve for at least 6 months.

Cellfina has been more recently approved by the FDA. Rather than using a laser, it relies solely on cutting the fascial bands under the skin. It is also a single treatment with many advocates.

Ashley Black’s fascial blaster is essentially a roller with spikey projections that is rolled over warm, oiled skin for several minutes. The rolling continues until there is redness and often bruising. It sells online for about $89. She is getting a huge following on the internet and is getting featured in several women’s magazines. She has some very nice before and after pictures on her Facebook page. I’ve been asked if it works what I think about it.

First, there are some some excellent transformation photos. Of course, if she did not have any pictures, no one would buy it or try it out. It seems that there have been a huge number  Fascia Blasters sold. Assuming these excellent pictures are legitimate, I still have some concerns. It can be difficult to demonstrate cellulite on photos and it is very dependent on lighting. I also wonder how soon after the rolling the pictures were taken. The kind of aggressive rolling that she is recommending will definitely cause swelling. If the skin is swollen, it will absorb water and this will temporarily make the skin look much better since it will mask the uneven surface of the skin. I wonder what these areas look like two weeks later, after the rolling has ceased?

Secondly, there is no question that the Cellulaze  treatment is a very aggressive way to break these adhesions from the skin. It also puts a significant amount of heat into the skin which stimulates collagen production. Even with this, I estimate in my hands only about 80% of women improve somewhat. (I would add that I cannot predict who is going to get a better or a poorer result).  However, even with this very aggressive treatment, it cannot make the cellulite disappear. Most women get a mild to moderate improvement. Almost no one will have their cellulite disappear. It is still worth doing since I don’t believe any treatment is as aggressive. It certainly should accomplish as much as Cellfina, since it incorporates the idea of cutting the fascial bands, and with a laser as opposed to a needle. I find it very hard to believe that rolling the skin can generate enough shearing force to actually tear these fascial bands to the skin – and that they will not simply reform, even if they were torn. If these two minimally-invasive techniques can only give some improvement, I question how likely is it that the Fascial Blaster can give a lasting improvement.

Lastly, even if these photographs are legitimate and not taken in close proximity to the treatment, how many people have photographs that show no difference whatsoever?  If 10,000 women have tried it and there are 30 good photographs, that is not a great ratio of success.

What I do find very interesting is that there are some parallels between this and Thai massage. Thai massage, like acupuncture, follows the thought that there are energy lines that run up and down our bodies. No doubt the Fascial Blaster stimulates these lines. Drinking plenty of water after these treatments, should help to detox the body and make the person feel better over several days. Also the massage of the warm oil will stimulate these lines. I think this accounts for the very positive experience many people are seeing with the Fascial Blaster”.

What would it take to better convince me that the Fascial Blaster works? It is impossible to do a rigorous double-blind medical study. However, it should be possible to get 100 consecutive women to use the Fascial Blaster for some set  period of time. Standardized photographs – with the same distance and lighting – would be done before the study starts. Then after stopping the rolling for 3 weeks, re-photograph the areas. These photos would then be sent to several judges who would not know which photos were taken before and which were taken after treatments and the judges could rate the results. It would be important to have many women who had no treatment but also had “before” and “after” photos to also be sent to the judges, to ensure that they were able to ascertain that the no treatment group did not improve.

Until this happens, I am reserving judgement. I am perhaps showing my years in the beauty world, but there have been endless “miracle treatments” that get rave reviews one year, and then  just 2-3 years later, completely disappear from the world.